We haven't talked to you through this blog for a long time, mainly because 2016 has been a very busy year for us. Meanwhile is us portfolio with workshops, paintings and street advertising completely up to date. We have selected the 10 coolest projects below from the approximately 400 paintings, street advertising campaigns and creative workshops that we organized last year. 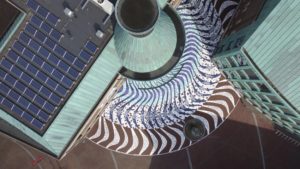 We have made a super cool 500m2 large ground painting around the municipal museum in Helmond for Vlisco. The entire museum square has been transformed into one large work of art. The painting has many details and looks interesting from different angles. View the images made with a drone here: Vlisco ground painting. 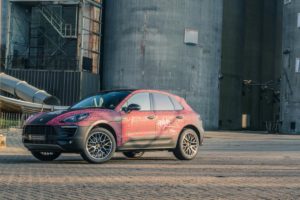 During an art fair we painted a matte black Porsche with graffiti and calligraphy letters. This was a live painting session, which means that we made the street art painting on site during the event. View more photos of the Porsche live painting here. 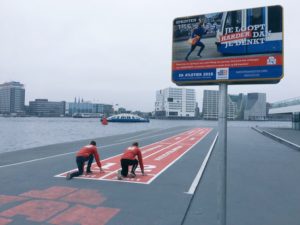 To promote the World Athletics Championships, we have made many paintings in which athletics sports are central. For example, a 3d street painting on the museum square, One 3d street painting on the IJ square, various shotguns, high jumpers at Lelylaan station, different athletes on the steps from Anton de Komplein, sprint tracks throughout Amsterdam and an extra cheerful one Flower sprint track in Amsterdam North, #jekanhet! 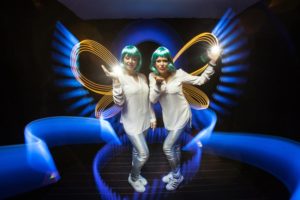 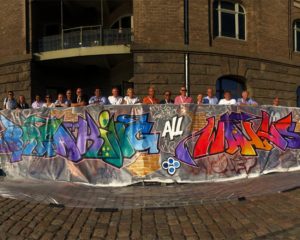 We have been to Berlin a few times to give large graffiti workshops as an incentive. The Graffiti Experience for TCS in Berlin In addition to traditional graffiti with spray cans on a long wall, it also contained a digital workshop with four interactive graffiti screens. The Astellas digiffiti incentive was a fully digital incentive where we also ran four digital graffiti screens. 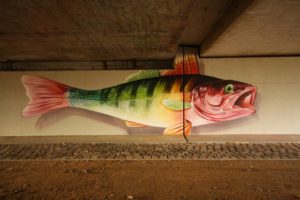 In a bicycle tunnel in Schiedam we have painted realistic ducks, fish and frogs in fresh colors, making the tunnel look much friendlier. The painting we made was used to make the bicycle routes more attractive. View the colorful mural painting for the municipality of Schiedam here. 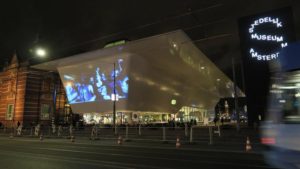 Wildbeamen is a hip form of guerilla marketing that always receives a lot of positive attention locally. Passers-by are attracted by the luminous moving message. We took care of the new tour of Guns N 'Roses a beamvertising campaign in different cities in the Netherlands! 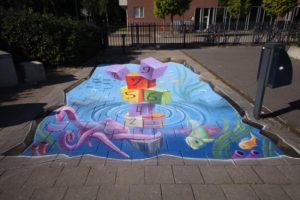 GGD Amsterdam wild attention for public water points. We have made striking 3d street paintings around the theme of water at taps. Among other things, these foundations in Amsterdam where a stack of cubes are in a water basin and seven more 3d streetpaintings for GGD Amsterdam. 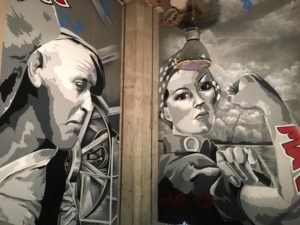 For Pepsi Max we have in the main hall of the Maassilo in Rotterdam a super large black and white mural made with red and blue accents. The painting exudes a tough 50 atmosphere of approach and hard work. view more pictures of the Pepsi mural here! 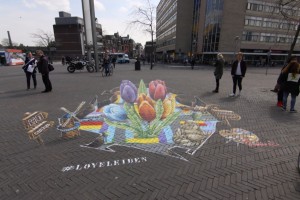 We painted a large 3d on the square in front of Leiden CS station street painting for the Municipality of Leiden. The street painting is immediately noticeable when you leave the station and is used as a promotional tool for visitors to the city, #loveleiden! 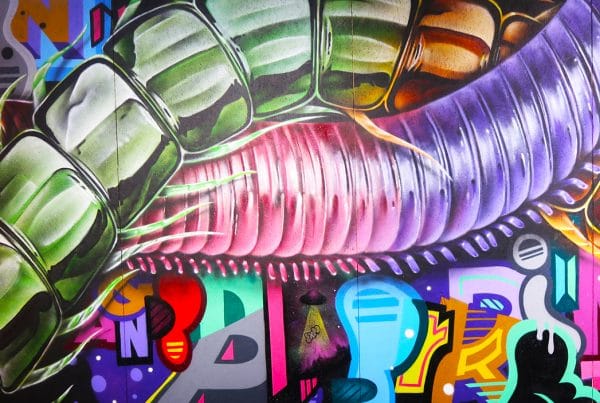 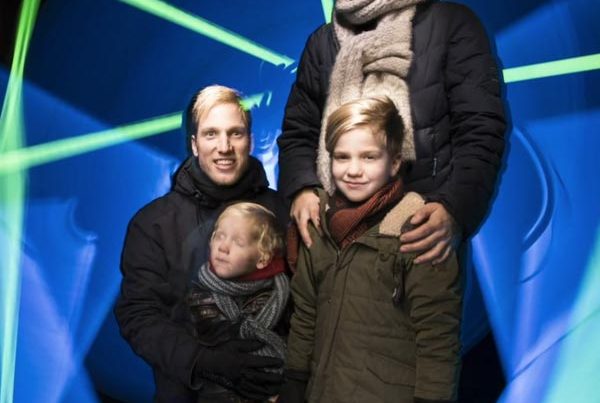 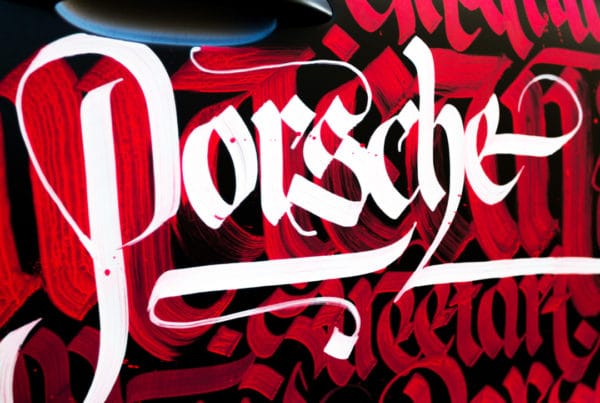