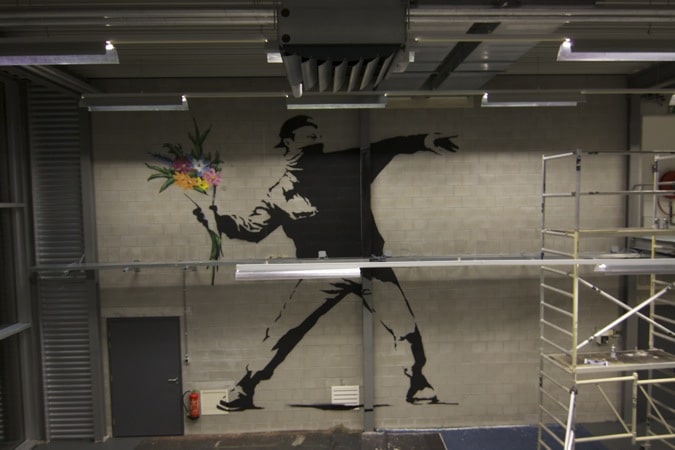 The secret of Banksy

Why is Banksy so famous?

Ask any passerby for one graffiti artist and chances are he or she will mention Banksy. The satirical works of this anonymous artist are world famous, but why?

In this blog post we try to discover why he appeals to the imagination. But let's start at the beginning: who is Banksy actually?

Art should comfort the disturbed and disturb the comfortable.

The secret of Banksy

It is not clear who Banksy is exactly. We know he is from Bristol and according to author Tristan Manco he trained as a butcher. In the late eighties he became active in the graffiti scene, which maintained close ties with other artists.

It was not long before Banksy conquered other cities in Britain. His murals have also been found in Spain, Italy, the US, Palestine, Mali and Australia.

In the movie Exit Through The Gift Shop he is followed in the run-up to an exhibition in Los Angeles, but the viewer doesn't know who Banksy really is. Some film critics even think that the entire documentary was made to create confusion about Banksy's identity. Whether or not that's true, we still don't know who's behind the pseudonym Banksy lurks. 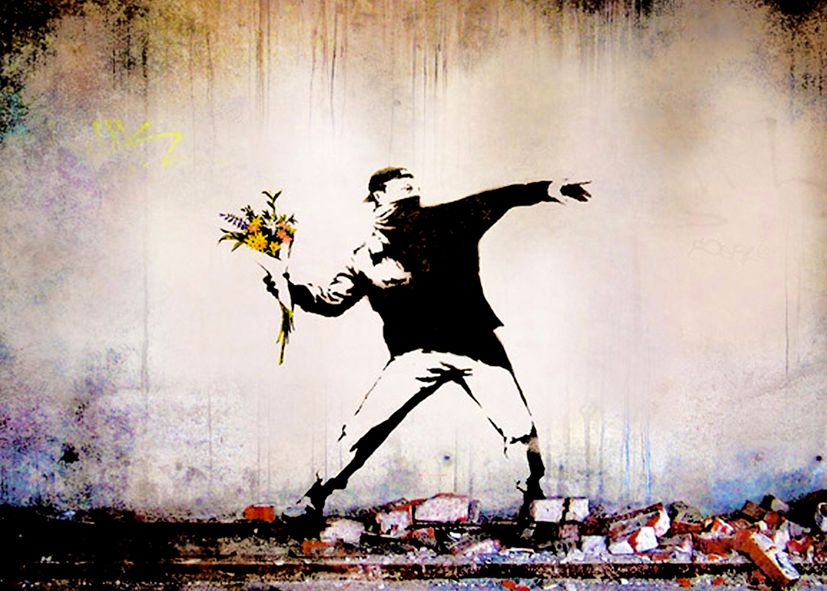 Why Banksy's street art is so popular

Let's wrap it up: Part of Banksy's popularity is, of course, devoted to the mystery of his identity. We are curious creatures, but of course that does not fully explain his celebrity.

His stairs against holy houses, the quality of being street-art stencils and the fact that celebrities such as Cristina Angelina and 'Brangelina' have bought his works also contribute to his fame.

Where other graffiti artists choose to self-promote, late Banksy speak his art for himself. Perhaps more artists should follow this approach. In any case, it seems to work fine for Banksy!

Some examples of Banksy's work 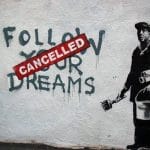 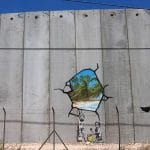 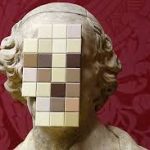 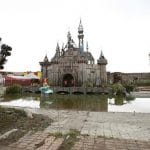 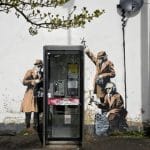 The Spy Booth mural in Gloucestershire 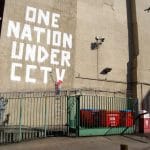 One Nation Under CCTV in London

Because of the originality of his works in combination with the (sometimes daring) locations and the media hype created, Banksy is in our opinion the most famous street art artist.

However, there is a big difference between the most famous and the best street art, which is also linked to taste. There are many worldwide today graffiti and street art artists who create original, daring, unique and technically very difficult works of art.

Want to learn graffiti or street art yourself?

Do you like graffiti and street art and do you want to participate in a graffiti workshop, alone or with a friend? Then sign up for our graffiti workshops for individuals in Amsterdam, Rotterdam or Antwerp and learn to spray the basics of graffiti.

Don't feel like going out? Then our 'Online tutorial: make your own graffiti' is for you. This one graffiti tutorial consists of 4 episodes and the exercises increase in difficulty per episode.

Publications, news and developments.
← back to all blog posts 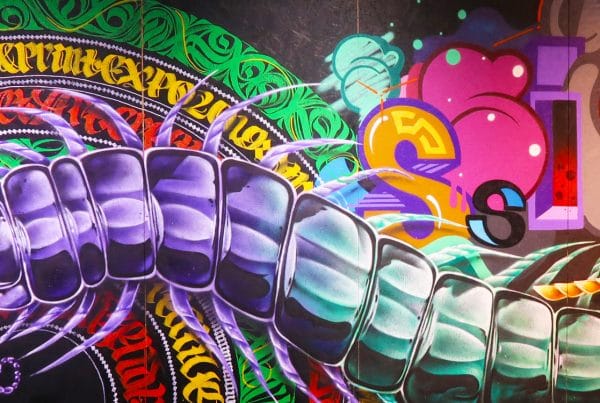 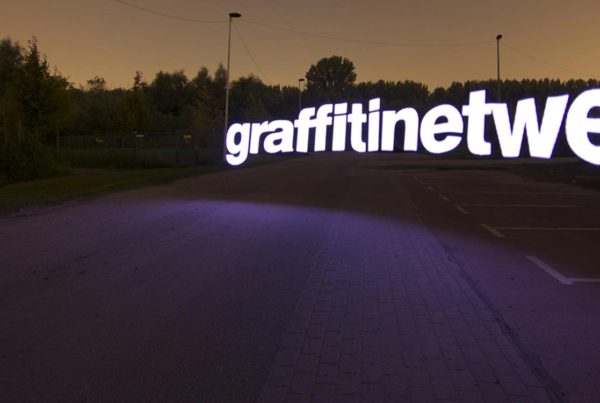 What does a graffiti company do? 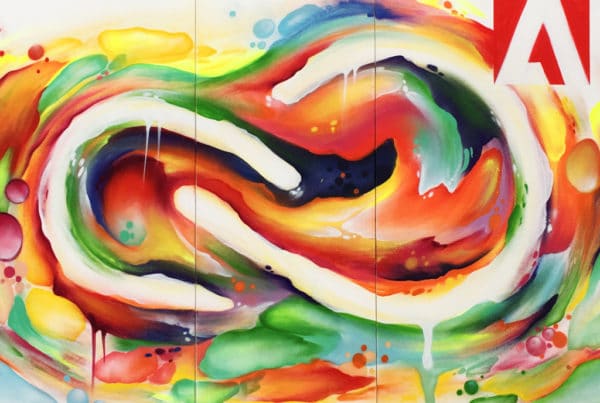 Have graffiti made on commission?